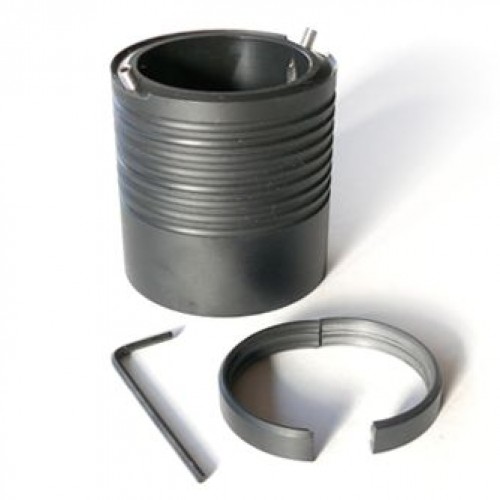 NOTE: This can not be used with LuxR large flanges.

The Security Canister can be either cast into concrete directly, or chemset with a suitable concrete epoxy or urethane caulk into a prepared hole. Using a 58mm or 2 1/4” core drill, a neat hole can be accurately cut in the concrete and you can be assured that it will be perpendicular to the surface.

Route the wiring out of the hole and thread through the canister bore. Set the canister in place and allow to cure fully. Connect wiring to the luminaire.

Insert the two set screws and give them a few turns each only. Leave the hex key positioned in one of the screws for now....Insert the two collets around the luminaire body above the conduit seal. Press the luminaire and it’s conduit seal into the security canister until the flange rests against the hex key.  The collets will now be retained deep inside the canister. Tighten both set screws until they stop, then back off each screw half a turn. Press home.